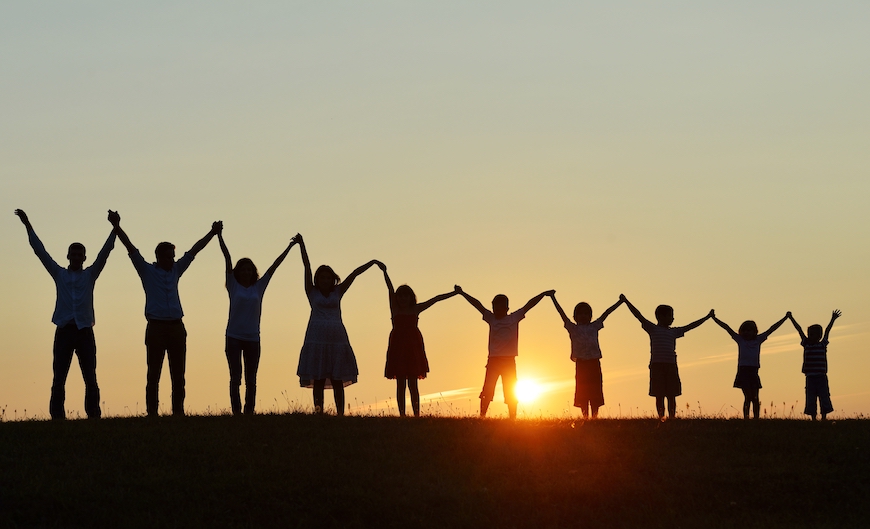 Most everyone is familiar with the term, or idea, of “generation gaps” which are technically defined as differences in philosophies between generations.  Most generations are named for the time period or global event they were born during or after, as demonstrated by the most popular group, the Baby Boomers.  Born after World War II, the Baby Boomer generation was named because of the high number of new births recorded nine months or so after the soldiers returned from the World War.  Baby Boomers were raised by parents who grew up during the Great Depression and who endured the second World War, and were likely to have been impacted by both, thereby developing more traditional values.  By comparison, Millenials (children born in the 1990’s) are children who were born into a technological explosion within society, and as a result have been termed the most self-absorbed generation.

Generational gaps occur when different generations must, whether by choice or not, interact with one another, and – no surprise – clash.  Take, for example, something as simple as music.  Music has always evolved as its generational influences, as Ragtime was hugely popular in the 1920’s, Swing in the 1930’s, Jazz & Big Band in the 40’s, and then came the Rock n Roll generation in the 50’s.  Beatlemania was an utter phenomenon in the 60’s, then artists such as Prince, Michael Jackson and Madonna became iconic in the 90’s.  Suffice it to say, an “old timer” born in the 1940’s would likely not “appreciate” the artistic prowess of Eminem.

Generations simply understand and do things completely different.  Certainly some of the differences may come from various cultural norms, but those differences are there.  And they affect how each individual reacts to the world around him or her. Understanding generational donation gaps it is important to understand the values of the different generations, as each will respond differently to requests for donations.   Let’s look at each of today’s generations, and see if each may give us a better understanding of how to approach fundraising.

68 years or older, these are our elders, our ‘oldie but goodie’ generation, also referred to as the “Greatest Generation.”  Most will be retired, or semi-retired,  and can be a solid part of a fundraising community (making up about 26%), and because they may have extra free time available, can oftentimes assist in many forms of fundraising.   Traditionally they may make smaller donations if they are living on a limited income and tend to use ‘snail mail’ for communication.  However, online activity and contributions have been increasing, as they are being taught to use E-mail and the Internet by their children or grandchildren.  Matures are old school, their inclinations are to support religious and spiritual causes, volunteering their time to the same.

The Baby Boomers make up the largest donation base (41% – 46%) for fundraising as a whole.  My parents’ generation, most have well-established careers, financial portfolios and may be close to retirement.  Donation patterns are very similar to those their parents choose, the majority going to religious and spiritual causes.  Understanding generational donation Gaps with Baby Boomers who do their homework and want to know more about the non-profits finances before they donate.  Statistics also show that Boomers tend to donate online and will actively enroll in monthly giving programs.  Therefore, it may be advantageous to ask them for a recurring donation.

also show that Boomers tend to donate online and will actively enroll in monthly giving programs.  Therefore, it may be advantageous to ask them for a recurring donation.

With skepticism, because I’m not sure how I got this far, I have to say I’m part of Generation X.  “We” Gen X’ers are a vivacious cross section of individuals who consist of the third largest demographic of donors.  Gen X’ers are motivated somewhat by what their parents donate to, but tend to develop more passion in their choices for donating.  Thus, more giving to health services, animal rights & welfare and environmental causes.  In terms of fundraising efforts, focusing on the cause, and the reason for your cause, will likely be most beneficial to you.

Understanding generational donation Gaps with the ‘Me’ Generation, commonly labeled as the most self-absorbed generation and even, on extreme accounts, a smidgeon narcissistic.  OK, folks.  Stop.  Take a breath.  Before the Millenials reading this start slamming me for having the audacity to say that, let me say this – I READ IT.  I don’t necessarily believe it!  I’m just writing it because this is what others think, and because it does bear consideration.  Let me clarify.  Generation Y has a great deal to contribute to any cause.  These folks represent the penultimate in terms of savvy techies –    they have grown up in a world with the explosion of technology, and their world revolves around Social Media, connectivity, and instant communication.  They may not have a well-established financial base as do earlier generations, but are very liberal in passionately giving of their time.   A prime example comes in terms of a natural disaster, where Millenials are likely to be first on scene to assist with whatever help might be necessary.  They are passionate in living a carefree lifestyle, but most are quick to respond to times or causes in need of assistance. Millennials should be embraced, they have their own style, certainly to be considered as a tremendously valuable resource to the world of non-profit sector.

Theoretically, we could term this group as the ‘next generation.’  Because they are so young, however, there isn’t much data available to offer much discussion or comparison to other generations.  Much like Millennials, they have a tremendous grasp of technology, and all of what it encompasses.  They do not have large bank accounts, and if they have chosen to pursue a college education may be weighed down by Student Loan debt.   However, they make up a vast majority of customer ratio, want to volunteer, change the world (of course), most want to make our planet ‘green’ and even have thought about starting their own charity.

Generational gaps should be recognized and embraced, as it is clear that everyone can contribute in their own way.